Like basal cells in other epithelial tissues, such as the skin and esophagus, lung basal cells are characterized by the expression of Trp63 (p63) and cytokeratins 5 and 14 (Krt5/14). Subsets of Keratin-14 (K-14)-expressing BCs in the trachea can restore differentiated epithelium after injury and are distinct from bronchial BCs. 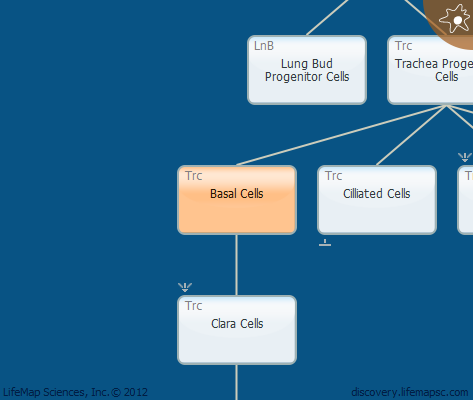