In the pancreas, the differentiation of endocrine cells is non-synchronous and lasts from the secondary transition period (which is the primary phase of endocrine cell differentiation) to the postnatal period. The first wave of endocrine progenitor cells (primary transition) primarily gives rise to alpha cells and endocrine cells expressing multiple hormones, whereas the Neurog3-positive endocrine progenitor cells of the secondary transition give rise to all the known mature endocrine cell types. Neurog3-positive cells are detectable over a broad range of developmental stages during pancreas development in the mouse, becoming detectable in the dorsal pancreas at around E8.5 and about E10.5 in the ventral pancreas, marking the initiation of endocrine fate specification. Neurog3 expression peaks at around E15.5 after which expression drops to barely detectable levels by birth.
Read More 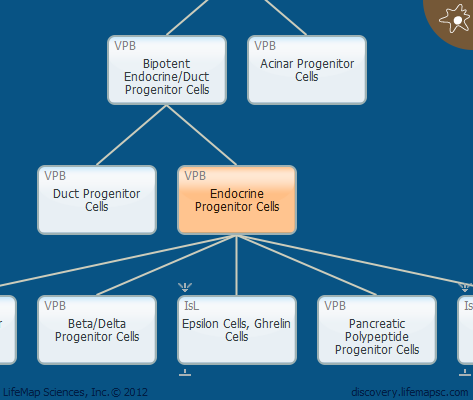