Prechondrocytes are neural crest-derived cells destined to reach the anterior cranial base. The cells leave the lateral edges of the neural folds during cranial neurulation, which begins at E8.5. They then migrate over the forebrain and around the eyes to form the frontonasal process, a boundary over the rostral diencephalon just caudal to the eyes. Between E11 and E14, these cells chondrify to form the trabecular, paranasal, frontal, orbital, hypophyseal, and pterygoid cartilages. 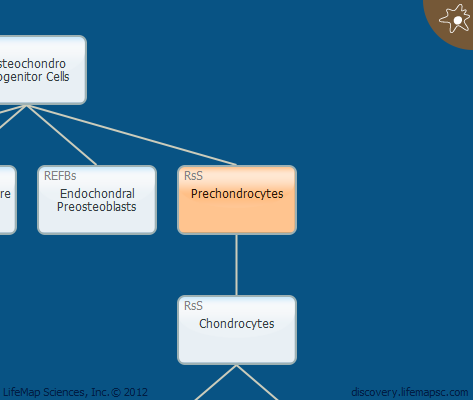