The neuroblastic layer is the proliferative zone of the inner optic cup that consists of Retinal Progenitor Cells (RPCs). During early development, RPCs tend to symmetrically divide, thereby increasing the pool of progenitor cells in the newly formed optic cup. Then, the cells begin to asymmetrically divide, producing one daughter cell that differentiates and a second daughter cell that continues to divide as a progenitor cell. Finally, near the end of retinogenesis, both daughter cells tend to undergo terminal cell cycle exit when the entire pool of RPCs is depleted.

During retinogenesis, the multipotent RPCs undergo a series of changes in their progenitor-related capacities. Progenitor competence is transient and determined by an integration of expressed transcription factors, and environmental cues. Thus, at any given point during the differentiation period, the RPCs can differentiate into a few retinal cell types. Once a progenitor undergoes its last mitosis and is specified to a certain fate, it becomes a precursor cell. Retinal precursor cells migrate from the neuroblastic layer (NBL), towards the prospective layer where the mature cell will reside. 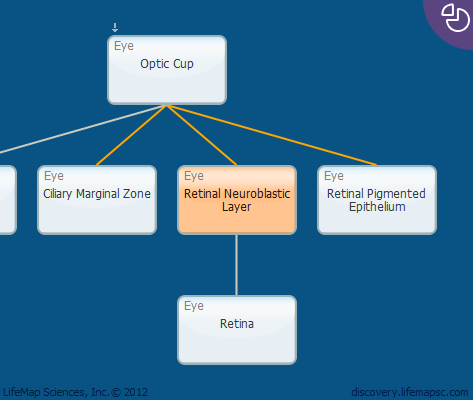