The primitive heart tube is formed by the splanchnic layer, which is comprised solely of first heart field cells. The short distance between the head fold and the forming foregut cause the heart to form two bulges at its midline (five-somite stage) and later fuse to form one bulge (six somite stage), which appears as a “linear” tube that immediately beings to loop (seven somite stage), to form a looped heart at E8.5 (nine-somite stage) which beats.

As development proceeds, the linear heart tube expands, by two main mechanisms; cell proliferation, and recruitment of additional cells. These additional cells, which are added to the arterial and venous poles of the linear heart tube, originate from the pharyngeal mesoderm (that populate the branchial arches) located caudal to the pharynx, and represent the secondary heart field (SHF) 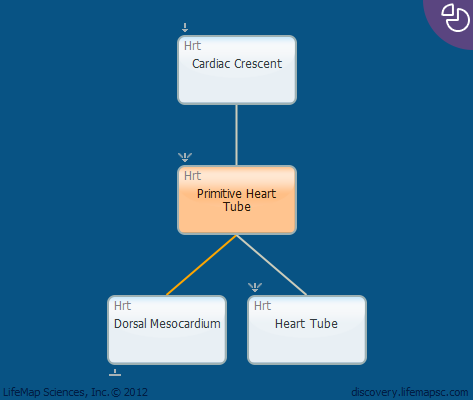