Astrocyte precursor cells migrate to their final destinations where they differentiate into mature astrocytes. The astrocytes then migrate from the ventricular zone progenitor domains into mirror domains in the ventral white matter along the dorsal-ventral axis. 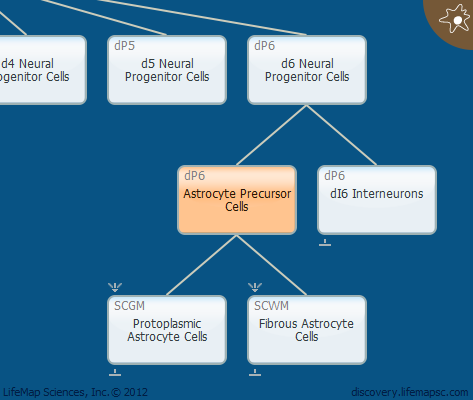