The centroacinar cells lie at the junction of the secretory acinus and its associated terminal ductal epithelium. The main body of centroacinar cells is typically less than 10 micron in diameter, with minimal cytoplasm and a high nuclear-to-cytoplasmic ratio.

A number of studies have indicated that centroacinar and terminal duct cells comprise the exclusive domain of active Notch signaling in the adult mouse and zebrafish pancreas. 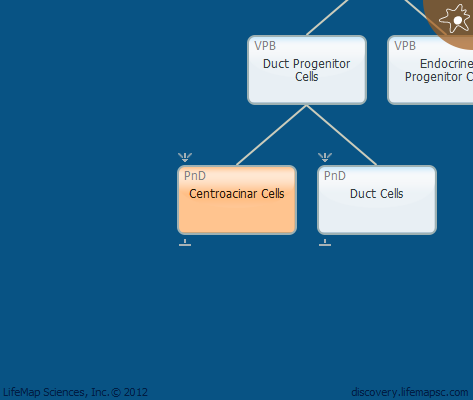 Cellular Structure of the Pancreas