The presomitic mesoderm (PSM) is a mesoderm-derived mesenchymal tissue located on both sides of the neural tube At the second phase of somitogenesis, the anterior part of the presomitic mesoderm (PSM) forms the presegmented somitic mesenchyme, which lies anterior to the determination front and contains cells that have exhibit a gene expression profile marking their future segmented identity. The established putative somite segment acquires rostro-caudal polarity essential for further vertebrae patterning, which occurs during re-segmentation: each vertebra is formed by fusion of the caudal part of one somite with the rostral part of the consecutive somite. In addition, establishment of rostro-caudal patterns restricts the migration of the neural crest cells and axons to the rostral part of the somite, enabling the appropriate nervous system segmentation. 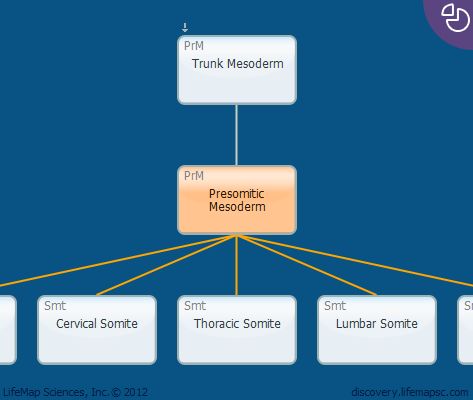