Multinuclear myocytes (myofibers) are multinucleated muscle cells formed by fusion of multiple embryonic mononuclear myocytes. At the early stage of embryonic development, these cells are called primary myofibers. Later, fetal myoblasts fuse to form secondary myofibers. Myofibers then elongate when myocytes fuse to their ends. The resulting myofibers are large and can include hundreds of nuclei, where each nucleus reflects the fusion of a single myocyte. The presence of multiple nuclei enables production of multiple copies of the genes essential to assure proper muscle contraction.  The myofiber cell membrane is called the sacrolemma and the cytoplasm is called the sacroplasm. Transverse tubules, or projections of the sacrolemma extend into the sacroplasm and conduct electrical impulses causing muscle contraction. The transverse tubules divide the myofiber into the sub-compartments, called myofibrils. The myofibrils are comprised of multiple myofilaments composed of actin and myosin. When secondary myofibers are formed, they begin to acquire differential expression of myosin heavy chain isoforms to distinguish between future fast- and slow-contracting muscles. 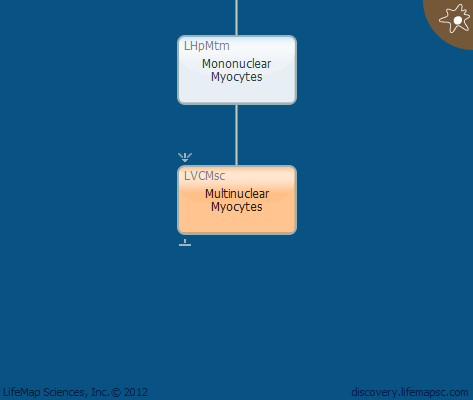