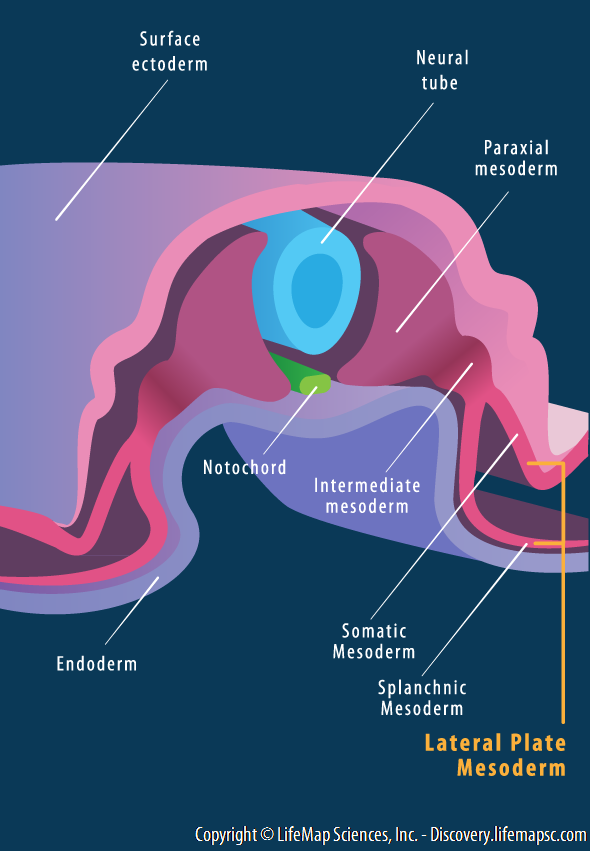 During gastrulation of the blastula three primary germ layers are formed: ectoderm (most dorsal layer), mesoderm (indeterminate layer) and endoderm (most inner and ventrally-located layer).

Further in development, the mesoderm is divided into sub-regions:

Chordamesoderm, which forms the notochord, a transient organ whose major functions include inducing the formation of the neural tube and establishing the anterior-posterior body axis.

Paraxial mesoderm, giving rise to the forming somites in the body and the unsegemented mesoderm of the head region.

Intermediate mesoderm, which gives rise to the urogenital system.

Lateral plate mesoderm (comprised of splanchnic and somatic mesoderm), which contributes to the heart progenitors, blood vessels and blood cells of the circulatory system.