They contain a specific reproductive cell, the oocyte, at the primary stage, with 46 chromosomes

Of the initial stock of primordial follicles, approximately 300 develop between puberty and menopause to produce fertilizable ova

Active mitosis of oogonia occurs during fetal life, producing the thousands of primitive germ cells. No oogonia form postnatally in full-term humans. Although many oogonia degenerate before birth, those that do remain enlarge to become primary oocytes.

When the primary oocyte is surrounded by 1 or 2 layers of cuboidal or low columnar follicular cells, it is called a primary follicle. Most follicles remain quiescent until puberty

The mesenchyme around the follicles becomes the ovarian stroma

As the ovary separates from the regressing mesonephros, it is suspended by its own mesentery, the mesovarium 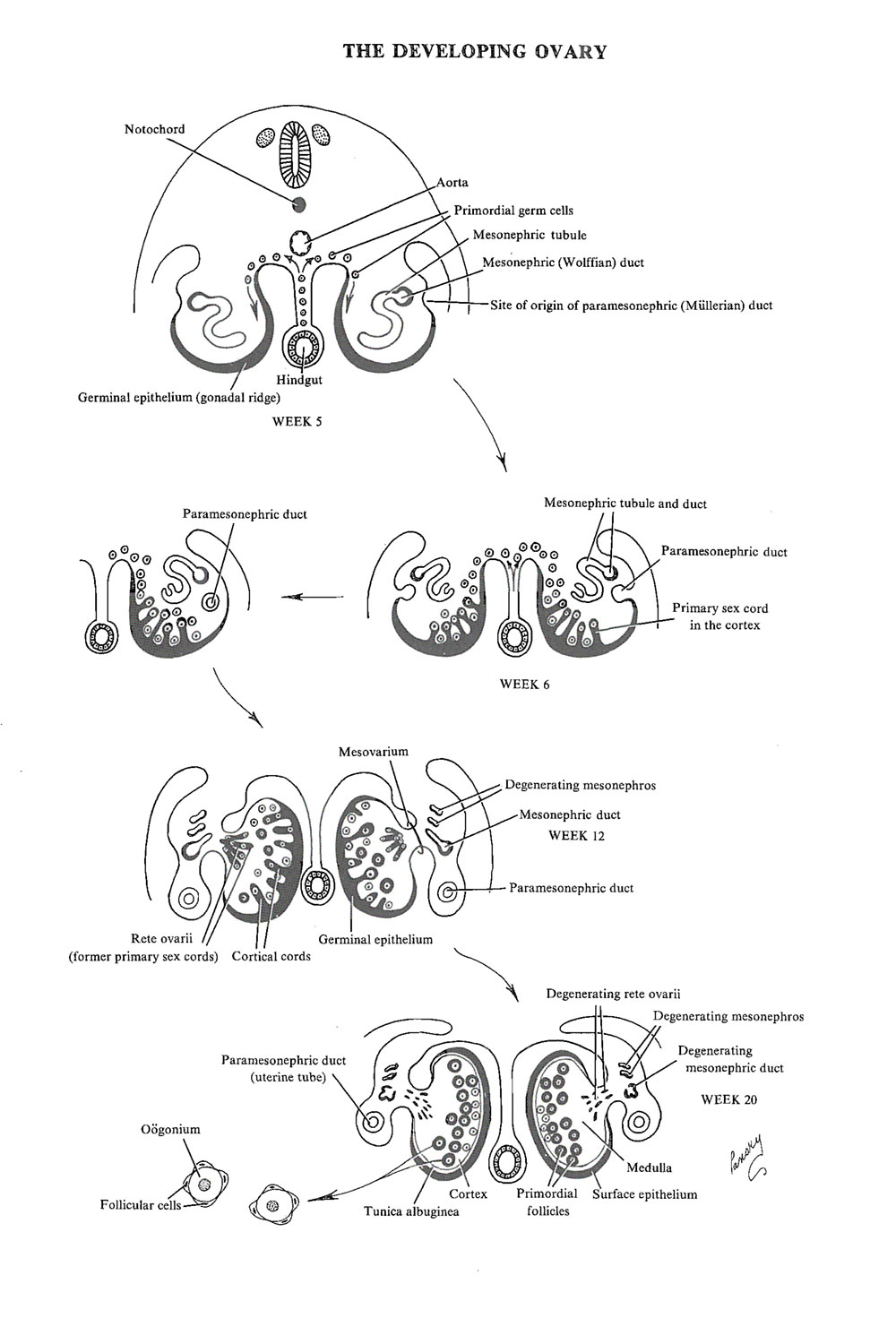