The pancreatic progenitor cells are the common ancestor of all the pancreatic cell types including the duct, exocrine and endocrine cells. The progenitor cells of the dorsal pancreatic bud will give rise to the cells of the neck, body, tail and parts of the head of the mature pancreas. Initially located at diverse locations throughout the pancreatic tissue, these cells become localized to "tip" locations of the developing acinar-duct morphology, and are then called multipotent tip cells, where they retain their broad differentiation potential, although there are indications that later in development, they lose the ability to become duct cells. 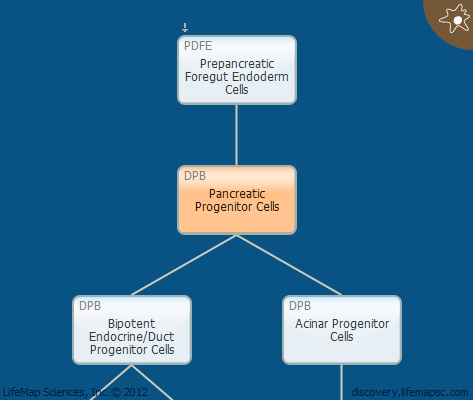