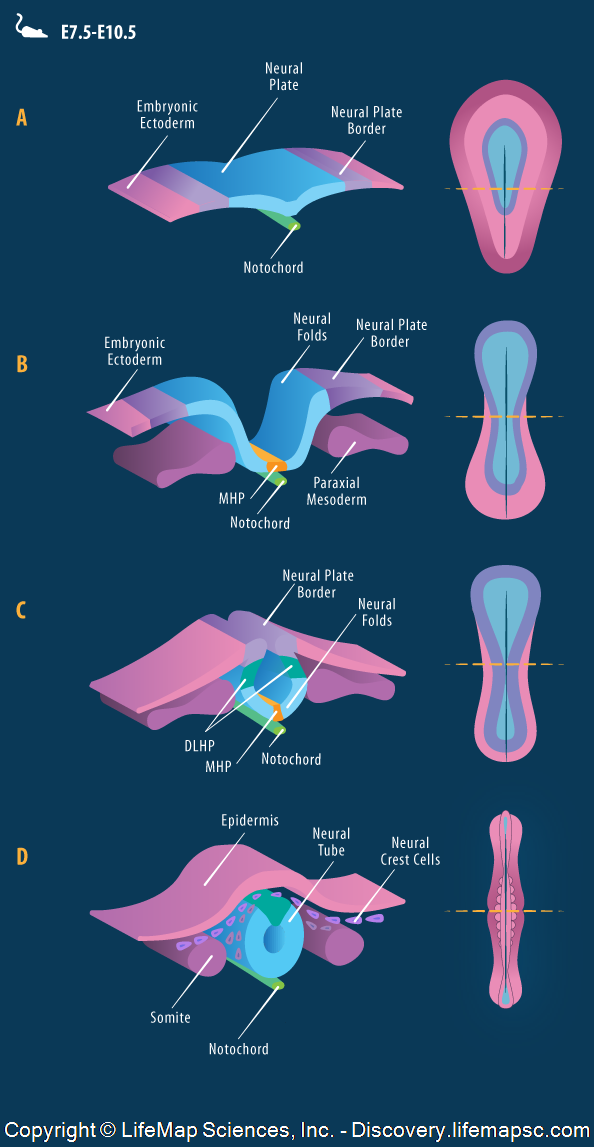 The neural plate (NP) is a portion of the dorsal ectoderm that is specified to become the neural ectoderm. It forms the neural tube (NT) in a process called neurulation. The image delineates the main stages of primary neurulation, the prevailing type of neurulation in mammals (the right panel indicates the location along a rostro-caudal embyonic axis, of the corresponding image in the left panel):

A. The NP is a plain surface distinguished by the appearance of columnar cells. NP formation is the first step of neurulation. The NP border constitutes the origin of the neural crest cells.  The notochord resides beneath the midline of the NP, and is a source of signals that are involved in the neurulation process.

B. The medial hinge point (MHP) cells reside in the midline of the NP, just above the notochord, and undergo morphological changes that drive a process of NP bending at the midline and elevation of the neural folds.

D. The tips of the neural folds fuse and forming a closed, hollow neural tube. The closed cylinder separates from the surface ectoderm and the neural crest cells migrate away.