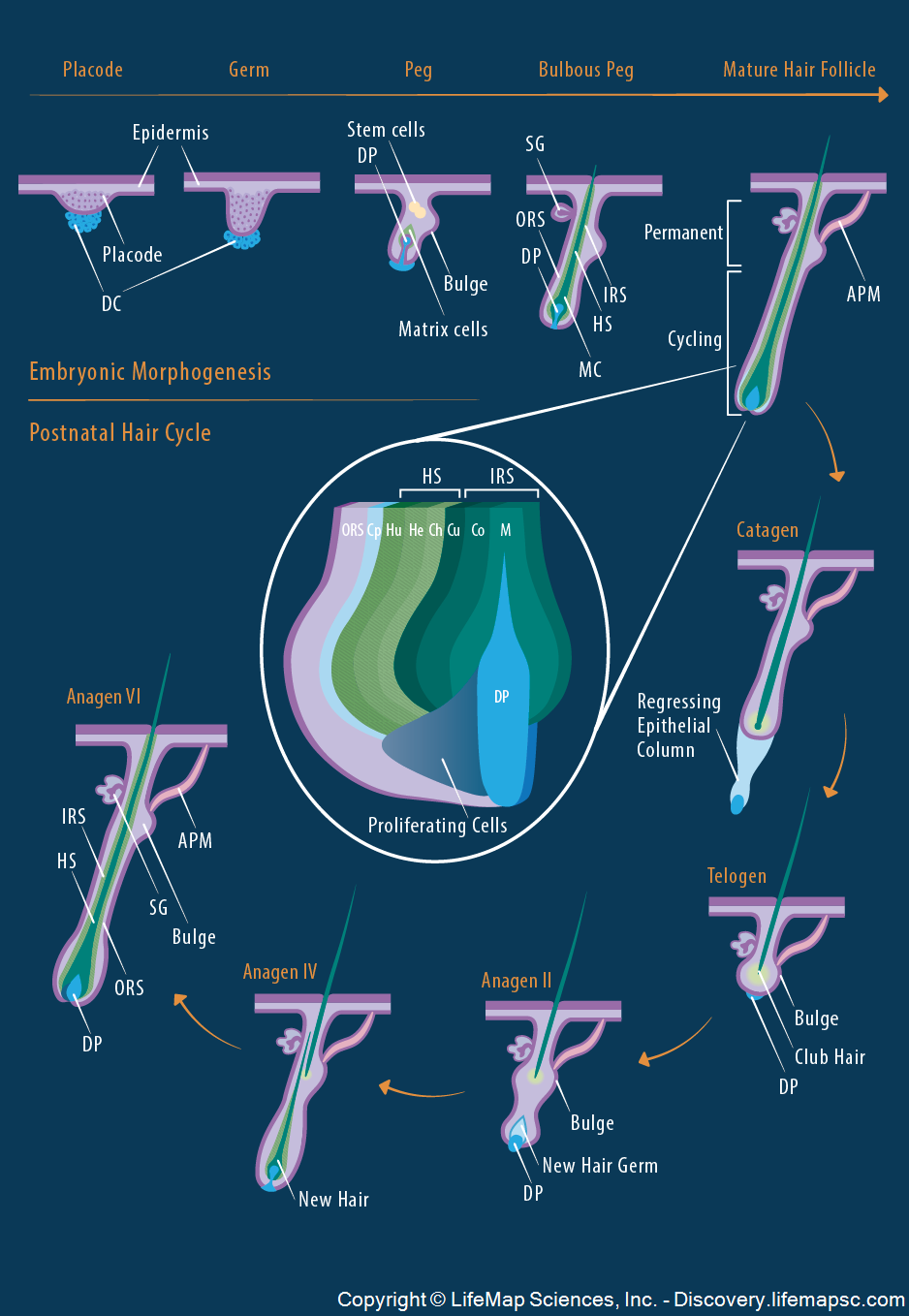 The stages of embryonic hair morphogenesis and the postnatal hair cycle are presented.

The placode, germ and peg stages represent initiation of hair follicle formation, and result in subsequent formation of the hair placode, germ and peg. The bulbous peg represents a stage of cytodifferentiaiton, when the matrix cells (MC) complete differentiation into hair shaft (HS), inner root sheath (IRS) and companion (Cp) layers and when the outer root sheath (ORS), including the sebaceous gland (SG) and bulge, is formed. The mature hair follicle consists of an upper permanent part, that includes the bulge and the SG and is supported by ancestor pili muscle (APM), and the lower cycling part, which lies below the bulge area.

The HS consists of the hair shaft cuticle (Ch), the Henle's layer (He) and the Huxley's layer (Hu).

The companion layer (Cp) separates the IRS from the ORS.