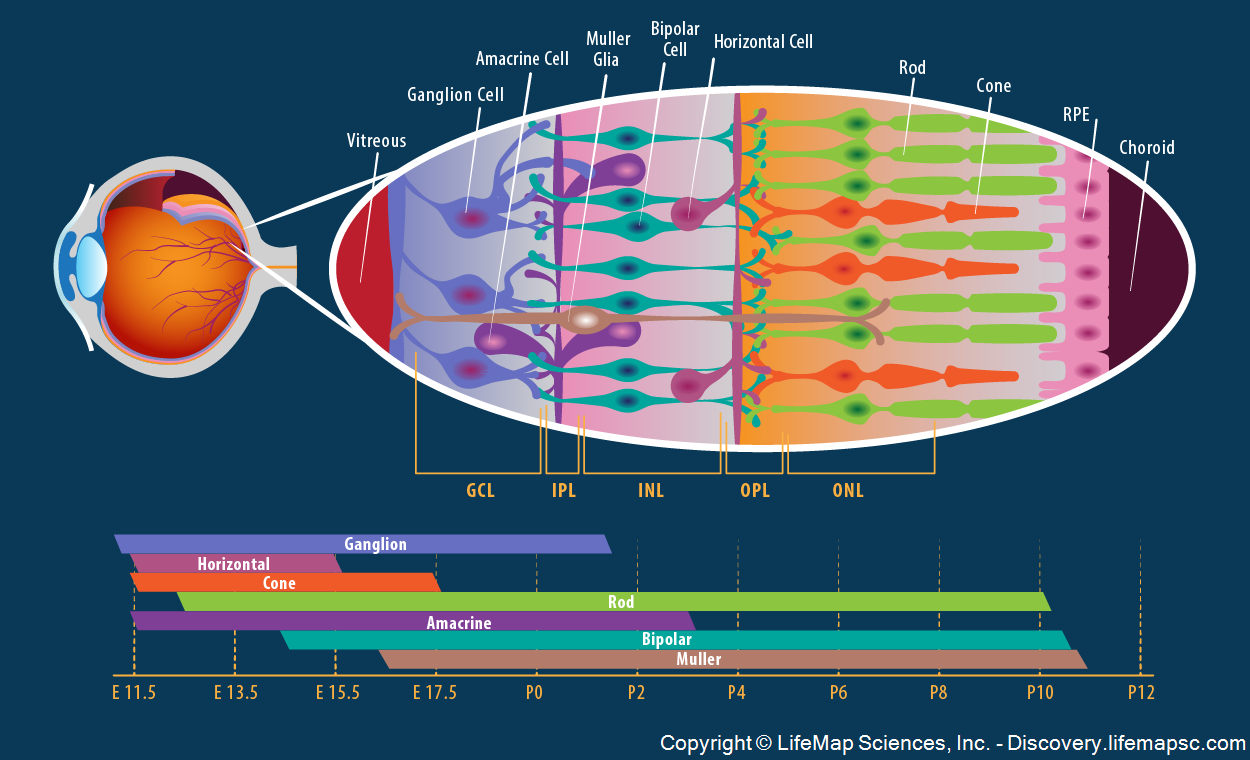 Retinas' cell populations and their development.

Top, A magnification of the retina in the human eye. The retina is composed of distinct layers: Inner limiting membrane: a basement membrane enriched with Muller glia cells; Nerve fiber layer: houses axons of the ganglion cells, which give rise to the optic nerve; Ganglion cell layer (GCL): contains nuclei of ganglion and displaced amacrine cells; Inner plexiform layer (IPL): the site of the synapses between the bipolar cell axons and the dendrites of the ganglion and amacrine cells; Inner nuclear layer (INL): contains the nuclei and cell bodies of the bipolar, horizontal, and amacrine cells, as well as Muller glia; Outer plexiform layer (OPL): contains the projections of rods, which end as rod spherules, and cones, which end as cone pedicles, both of which synapse with dendrites of bipolar and horizontal cells; Outer nuclear layer (ONL): houses the rod and cone cell bodies; Photoreceptor layer: a layer that contains the inner and outer segments of the rods/cones; The outer segments of photoreceptor cells associate with the retinal pigmented epithelium (RPE).